In a fruitful collaboration between ESA and a group of amateur astronomers, the first comet was discovered by the so-called TOTAS survey. The comet is called P/2014 C1 (TOTAS) and has an orbit between Jupiter and Mars.

TOTAS stands for 'Tenerife Observatory Teide Asteroid Survey'. The survey name is derived from the name SOHAS = Starkenburg Observatory Heppenheim Asteroid Survey. SOHAS was initiated by M. Busch, a software developer and active amateur astronomer at the public observatory in Heppenheim, Germany (called Starkenburg-Sternwarte). Already in 2009, M. Busch adapted his telescope control and asteroid search software to work with the 1-m telescope of ESA on Tenerife, the Optical Ground Station, and renamed it TOTAS.

When the SSA-NEO programme learned about this, a long and fruitful collaboration started in March 2010. During a survey test campaign very close to the morning horizon on 01 February 2014, the automatic processing software picked up a special object. R. Reszelewski, one of the team of amateur astronomers who check the images generated by the computer software, was the first to detect the cometary nature (on the left - Animation of the comet; Image credit: TOTAS/ESA). 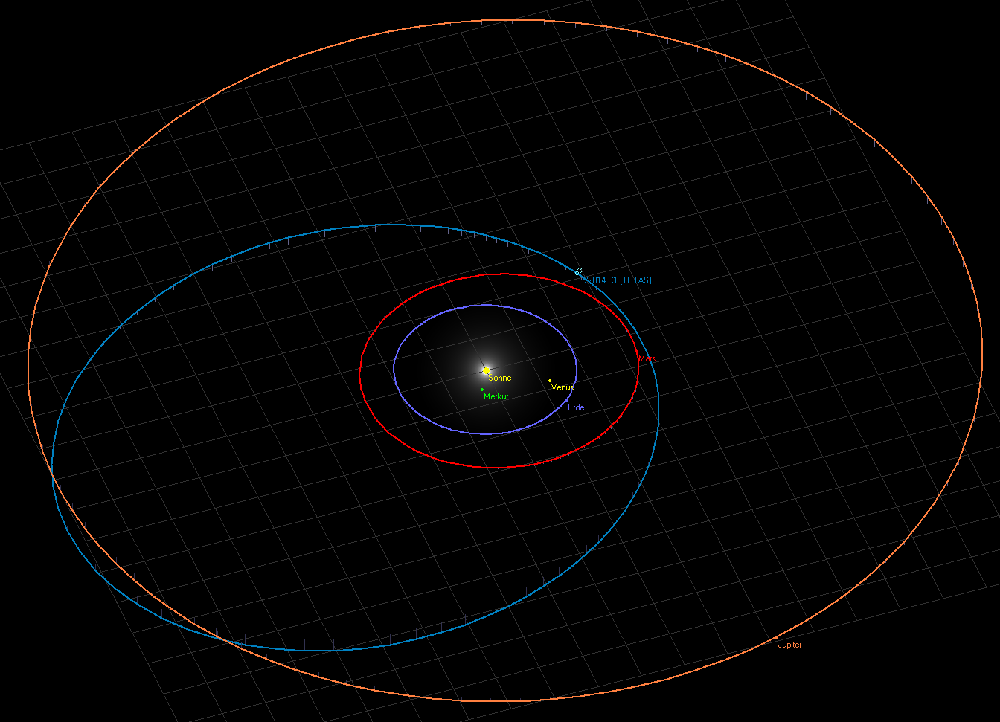 The comet orbits the Sun between Jupiter and Mars and will not come close to the Earth. Its orbit is shown in the figure on the right: Comet P/2014 C1 (TOTAS) orbit (Image credit: M. Busch/EasySky).