A newly discovered asteroid has broken many records in our Solar System. The object, now designated 2021 PH27, was discovered by Scott Sheppard on 13 August 2021, using the wide-field DECam imager mounted on the 4-metre Blanco Telescope at Cerro Tololo.

What makes this asteroid really unique is its extremely small orbit, and short orbital period. It orbits the Sun in less than 4 months (115 days to be precise), surpassed among the known objects only by planet Mercury with its 89 days. The semiaxis of its orbit is consequently the smallest among the known asteroids, at 0.46 au.

A direct consequence of its orbit is its challenging observability. It always remains very close to the Sun, and therefore can only be observed from Earth during very short time windows around local twilight. Also, its location in the sky makes it almost unobservable from the Northern Hemisphere, with Southern tropical locations being favoured. Because of these constraints, only less than 5 days of observations had been initially obtained, resulting in a poorly determined orbit that would have made a recovery during the next apparition quite challenging.

In order to improve the situation, we attempted a follow-up observation of the object on 30 August, twelve days after the latest reported astrometric measurement. The object was detected with a 36 cm telescope in Namibia, operated by the 6ROADS team. At a latitude of 23° South of the equator, its location is ideal for this particular object, and allowed us to detect it at an elevation of 18° above the local horizon, while at a solar elongation of just 33°.

Adding the corresponding astrometry to the orbital solution leads to an improvement of the uncertainties on all orbital elements of about an order of magnitude. The uncertainty of its sky position during the next apparition, in 2022, is similarly improved, going from a few degrees to just a few arcminutes, and ensuring that the object will likely not be lost in the future. 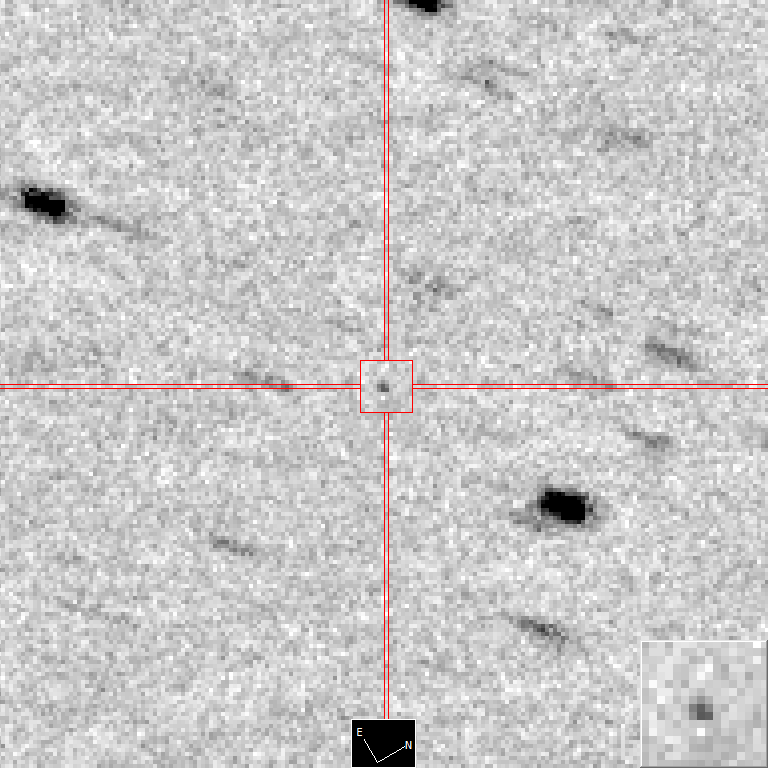 Image of 2021 PH27 observed with the 6ROADS SpringBok telescope on 30 August 2021. The image is a composite of 34 individual exposures, stacked on the motion of the object, for a total integration time of 17 minutes. Credit: ESA / 6ROADS, M. Gedek, R. Reszelewski, M. Zolnowski. 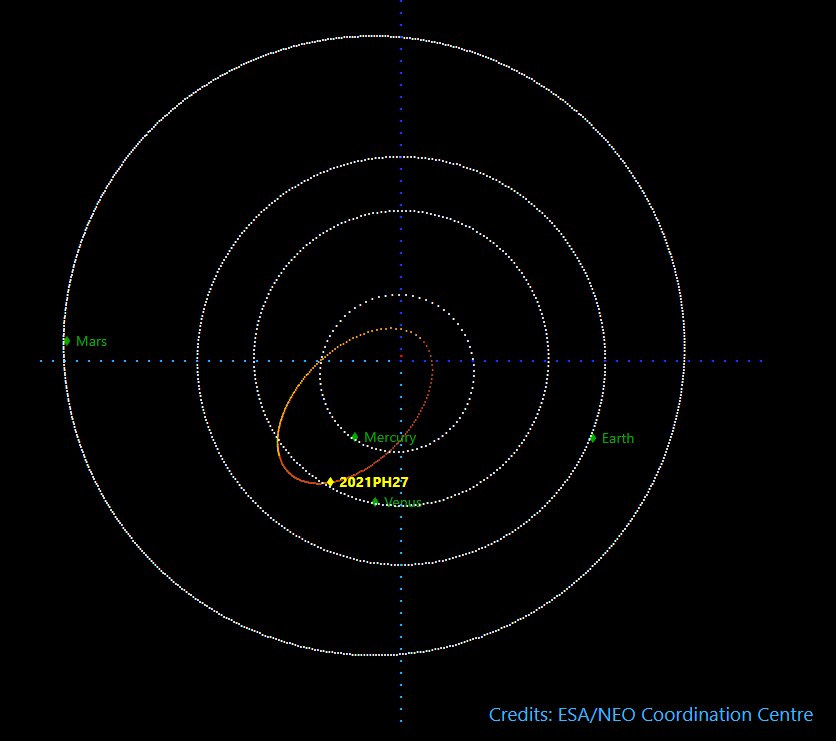 Ecliptic projection of the orbit of 2021 PH27 and the inner Solar System planets on 30 August 2021. The highly eccentric orbit of this Atira can be clearly observed as well as the observation geometry at that epoch. Credit: ESA / NEOCC.