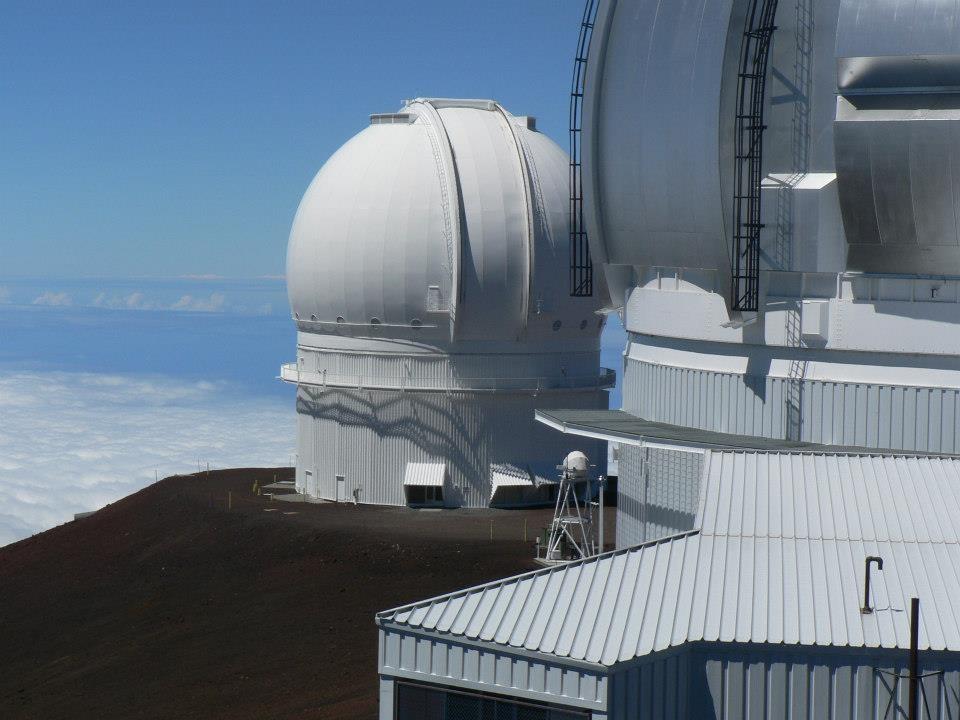 After discussing what to do to ensure that an important NEO is adequately monitored (see "news archive"), we will now present a possible strategy to improve the orbit of old objects, that have not been properly observed in the past.
In the previous story we talked about how a large fraction of near-Earth objects are effectively lost. This term means that, even if they were discovered and observed in the past, our knowledge of their orbit is not sufficient to allow us to find them again with a telescope the next time they will become observable. This is clearly a concern particularly for the ones that have possible future collisions, because it prevents us from getting additional observations. These observations would be needed to refine the knowledge of their future trajectory to a level sufficient to exclude them from the risk list of dangerous asteroids.
We already discussed the cases where an object can be monitored or recovered with existing optical telescopes, either because it has been discovered recently, or because the uncertainty of its position is not too large. But what can we do if neither option is available?
Fortunately, there is a possibility. Every night, all over the planet, there are dozens of large professional telescopes observing the sky. Some of them may be taking very specific data on individual targets (e.g. performing spectroscopy, polarimetry, or using so-called adaptive optics to obtain high-resolution image data). However, a large fraction will likely be operating in the most basic mode of astronomical observations of our time, namely taking images of a section of the sky with a digital camera. The goals of these observations can be very diverse, ranging from extragalactic astronomy to stellar astrophysics or cosmology, but the final product will often be the same: images of the sky taken in a particular filter, and with a given exposure time. After these images have been analyzed by the scientists requesting them, they are often made available to the public on the telescope's website. From there, anybody can download them for whatever additional purpose.
However, there is a high chance that nobody paid attention to asteroids which may be visible in the field. If we have access to these large archives, with a tool which is capable of identifying the appropriate frames, then we may have a chance to find additional observations of an asteroid taken when the object was not yet lost. If that's the case we may be able to locate it, use these data to extend the observed arc, and "save" the object from getting lost. In other cases, these additional observations may at least be sufficient to determine that the object is not a danger for our planet, which is already an important result. This process is called "precovery", a combination of the word "recovery" and the prefix "pre", to suggest that it is based on existing data, and not on new images.
An interesting example of it is represented by an object precovered by our team a few months ago. Found in February 2008 and named 2008 CK70, it was at the time considered as one of the most dangerous known NEOs. It would have multiple chances of impact starting from the year 2079. Unfortunately, the available observations had all been obtained on only five days around the time of discovery, an arc far too short to successfully extrapolate its position to the current time, more than 6 years later. It was therefore effectively considered a lost object, and would probably have remained in such a state until somebody had rediscovered it by chance.
However, after a search in the databases of some large telescopes, we noticed a set of images taken by the Canada-France-Hawaii Telescope (CFHT) -see image above, image credit M.Micheli- in Hawaii. These were taken almost one month before the object had been discovered and covered the area where the object could be. An accurate inspection of the frames allowed us to locate the asteroid, which was extremely faint (magnitude 24.5) at that time, but nevertheless clearly visible in the exposures thanks to the large aperture of the telescope and excellent sky quality of the site. We could accurately measure its position, and add this information to the orbital determination. The resulting significant improvement was sufficient to exclude all possible future impacts for the next century.

At the same time it reduced the uncertainty of the sky position for the object to a level small enough to make it recoverable the next time it will come close to the Earth, in 2017. An animation of 2008 CK70 as seen in the precovery frames from CFHT is shown below: can you spot the moving asteroid? Hint: it is very faint, but near the centre. (Image credit: CFHT Legacy Survey)
The chance of finding a situation like this, with good images taken at the right time with the right telescope, may not seem large. But, given the number of professional observatories in the world, it is still significant. Over the past few months we were able to locate precovery observations for at least a dozen asteroids with non-zero impact probability with Earth. For most of them, this resulted in either a reduction of their impact probability or a total removal of the object from the risk list.
Moreover, with the increase of the number of survey telescopes that scan the sky every night, such as the Catalina Sky Survey, or the Pan-STARRS project, the number of exposures available to look for new data is growing fast. And, even if these survey telescopes are designed to look for asteroids, and their images are carefully searched for anything that moves, there is still a chance that something may have been missed.
This is especially true if the object is faint, or slow. This is the reason why we need to keep looking into these archives, and why every telescope, big or small, at professional or amateur level, should consider making their data available to the community. You never know what may be hidden in your images, until you look at them from the right perspective!
References:
A more formal discussion of the follow-up and precovery efforts organized by the NEOCC can be found in an abstract presented at the ACM 2014 conference held last month in Helsinki (http://www.helsinki.fi/acm2014/pdf-material/Day-2/Session-4/Room-3/MICHELI-C4C2.pdf), and in a related paper soon to be published in the journal "Earth, Moon, and Planets" (http://link.springer.com/article/10.1007/s11038-014-9441-y).