From the Moon’s past, to Earth’s future 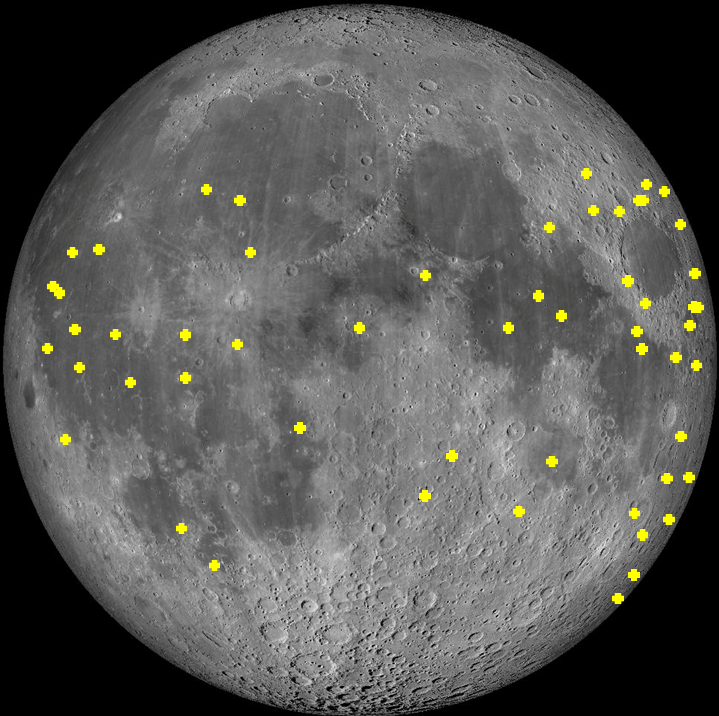 For this reason scientists are studying lunar flashes with great interest, not only for what they can tell us about the Moon and its history, but also about Earth and its future.Impact flashes are referred to as ‘transient lunar phenomena’, because although common, they are fleeting occurrences, lasting just fractions of a second. This makes them difficult to study, and because the objects that cause them are too small to see, impossible to predict.

By observing lunar impacts, NELIOTA (NEO Lunar Impacts and Optical TrAnsients) aims to determine the size and distribution of near-Earth objects (NEOs) – meteoroids, asteroids or comets. With this information, the risk these space rocks pose to Earth can be better understood.

The world’s largest eye on the Moon

In February 2017, a 22-month campaign began to observe lunar flashes with the 1.2 metre Kryoneri telescope, the largest telescope on Earth to monitor the Moon.

The flashes of light caused by lunar impacts are far dimmer than the sunlight reflected off the Moon. For this reason, we can only observe these impacts on the Moon’s ‘dark side’ – between New Moon and First Quarter, and between Last Quarter and New Moon. The Moon must also be above the horizon, and observations require a fast-frame camera, such as the Andor Zyla sCMOS used in the NELIOTA project.

To date, in the 90 hours of possible observation time that these factors allowed, 55 lunar impact events have been observed – a detection rate of about 2x10-7 flashes per hour, per square kilometre. Extending this to the entire surface of the Moon gives a final rate of almost 8 flashes per hour. With the extension of this observing campaign to 2021, further data should improve impact statistics.

The NELIOTA system is the first to use a 1.2-metre telescope for monitoring the Moon, and as such is able to detect flashes two magnitudes fainter than other lunar monitoring programs, which typically use 0.5-metre telescopes or smaller.

Another unique feature of the NELIOTA project is its ability to monitor the Moon in two ‘photometric bands’, which recently enabled the first-ever refereed publication to determine the temperature of lunar impact flashes – ranging from 1300 to 2800 C.

A modern approach to an ancient phenomenon

For at least a thousand years, people claim to have spotted flashes lighting up regions of the Moon, yet only recently have we had telescopes and cameras powerful enough to characterise the size, speed, and frequency of these events.

While our planet has lived with the risk, and reality, of bombardment from objects in space for as long as it has been in existence, we are now able to monitor our skies with more accuracy than ever before.

The NELIOTA project relies on funding from ESA’s Science programme, and is one exciting part of ESA’s Space Situational Awareness programme, which is building infrastructure in space and on the ground to improve our monitoring and understanding of potential Earth hazards.

The programme is currently in the process of setting up a network of Flyeye telescopes across the globe, to scan the skies for risky asteroids, including those that could hit the Moon.

In the future, ESA will move towards mitigation and active planetary defence, and is currently planning the ambitious Hera mission to test asteroid deflection.