The Large Binocular Telescope (LBT), of which the Italian National Institute for Astrophysics (INAF)  is a main partner, has successfully observed asteroid 2014 KC46 in one of the faintest Near-Earth Object (NEO) recoveries ever performed. This challenging observation, which pushed the limits of the telescope down to a visual magnitude of 26.3, was carried out on the nights of 28 and 30 October 2014 by a new collaboration between the Italian LBT team and the NEO Coordination Centre of the European Space Agency.

LBT spotted the 100-metre-sized object while it was just beyond the orbit of Mars. The corresponding measurement of its position was sufficient to decrease the uncertainties associated to its orbital path to the point of safely dismissing any possible threat that the asteroid may hit the Earth in the near future.

The successful observation of 2014 KC46 has been made possible by the unique performances of LBT: a large field of view to entirely cover the uncertainty in the position of the target asteroid, coupled with the ability to spot very faint objects thanks to the twin 8.4-meter mirrors of the telescope. This result highlights the importance of rapid response for securing NEO orbits and the effectiveness of LBT in detecting faint large-uncertainty objects. 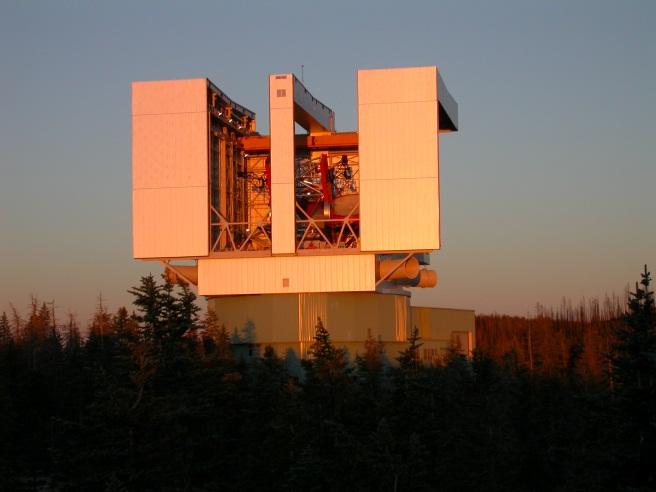 The data have been accepted by the IAU Minor Planet Center, the official organisation in charge of collecting astrometric data for small bodies of the solar system, and published in the electronic circular MPEC 2014-V35. Both the European NEODyS system and the JPL-based Sentry system updated their orbit determination and impact monitoring using the new LBT observations, and confirmed the removal of all impact solutions for the next century.

The Large Binocular Telescope is a facility consisting of two 8.4-meter mirrors on a common mount, located at an altitude of 3200 m on Mt. Graham (Arizona, USA). This telescope is equivalent in light-gathering power to a single 11.8 meter instrument. 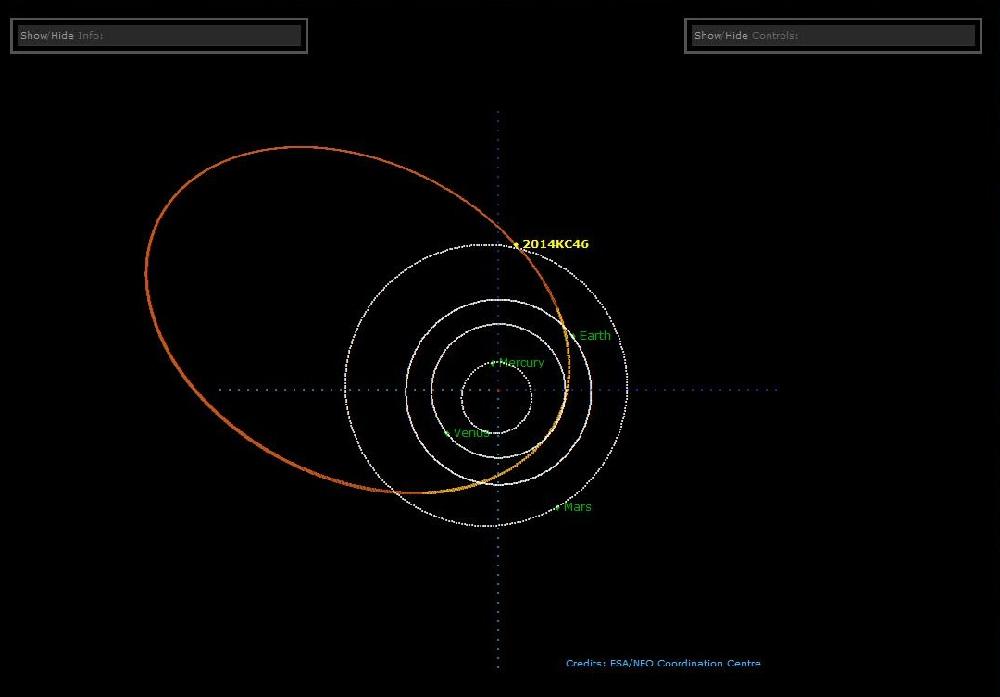 The NEO Segment of ESA's Space Situational Awareness (SSA) aims to coordinate and combine information from different sources, analyse them to predict possible impact with the Earth, assess danger, and analyse possible mitigations, including the deflection of a menacing asteroid.

Within this framework, the ESA NEO Coordination Centre provides data and services on the NEO hazard and coordinates follow-up astronomical observations.