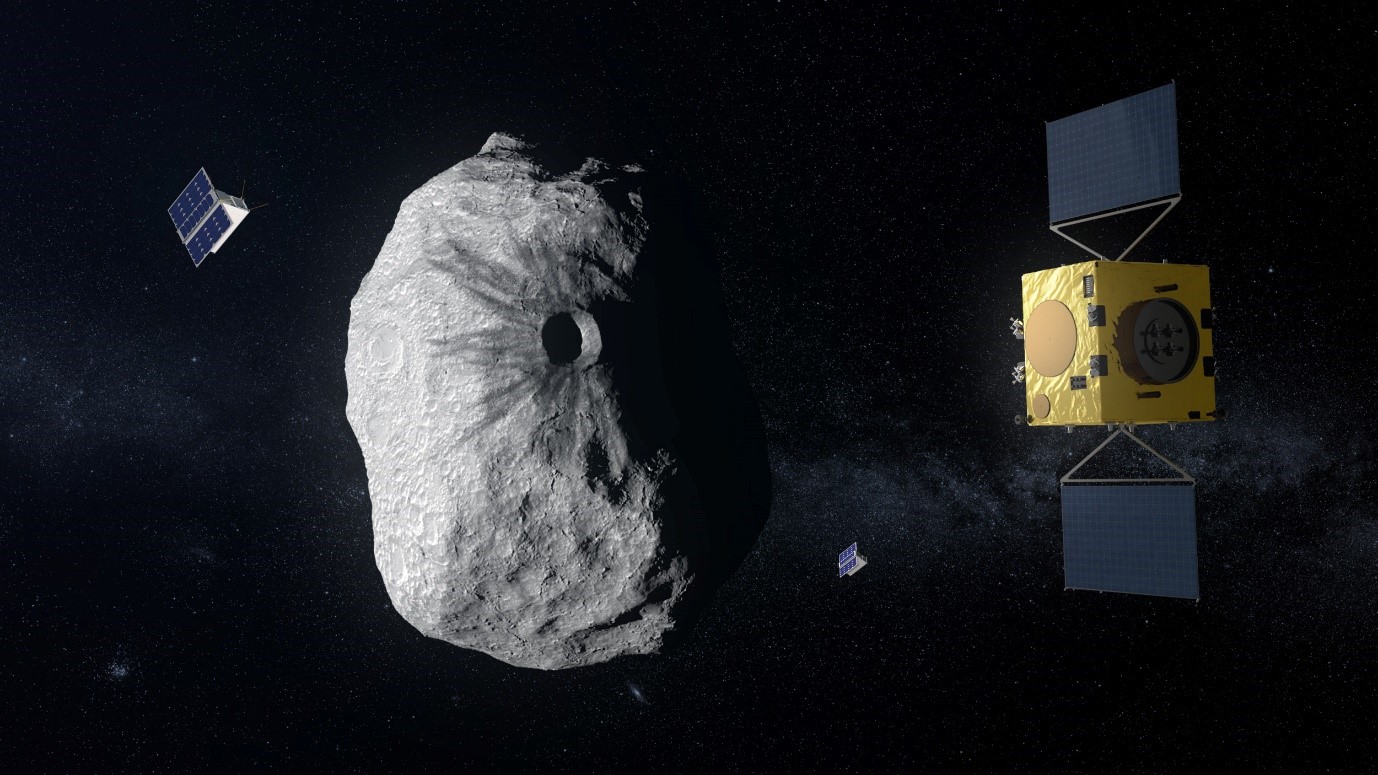 Hera will show us things we have never seen before. Astrophysicist and Queen guitarist Brian May tells in the next video the story of the ESA mission that would be humanity's first-ever spacecraft to visit a double asteroid:

The asteroid system – named Didymos – is typical of the thousands that pose an impact risk to our planet, and even the smaller of the two would be big enough to destroy an entire city if it were to collide with Earth.

Hera will help ESA to find out if it would be possible to deflect such an asteroid on a collision course with Earth. The mission will revolutionise our understanding of asteroids and how to protect ourselves from them, and therefore could be crucial for saving our planet.

First, NASA will crash its DART spacecraft into the smaller asteroid - known as Didymoon - before ESA's Hera comes in to map the resulting impact crater and measure the asteroid's mass. Hera will carry two CubeSats on board, which will be able to fly much closer to the asteroid's surface, carrying out crucial scientific studies, before touching down. Hera's up-close observations will turn asteroid deflection into a well-understood planetary defence technique.

The Hera mission will be presented to ESA’s Space19+ meeting this November, where Europe’s space ministers will take a final decision on flying the mission, as part of the Agency's broader planetary defence initiatives that aim to protect European and world citizens.