At 19:24 UTC on 11 March 2022, Krisztián Sárneczky discovered a new bright and fast moving object with the 60 cm Schmidt telescope of the Piszkéstető Observatory in Hungary. After collecting 4 observations in quick sequence, at 19:38 UTC he reported them to the Minor Planet Center, with the internal observer-assigned designation of Sar2593.

They were quickly published and used by the various impact assessment systems to estimate the possibility of an impact, which seemed unlikely at that time, with a probability of less than 1%.

In the meantime, he began collecting more observations, and at 20:16 UTC he submitted a second batch of 10 additional measurements, now extending the observed arc to about 40 minutes.

As soon as they were published and picked up by the automatic systems, a completely different scenario became clear. At 20:25 UTC ESA’s own internal monitoring system, called “Meerkat”, triggered an alert to our team, reporting a 100% chance of impact for the object. The expected impact time was between 21:21 and 21:25 UTC, less than an hour later. The impact location was already predictable with an accuracy of about a thousand kilometres, and was located a few hundred kilometres North of Iceland.

In response to this alert, and similar ones quickly distributed by other alert systems, many professional and amateur observers all over Europe and in Asia quickly began observing the imminent impactor. Detecting it was extremely challenging, since the object was already very close (less than 50 000 km from the Earth) and moving very fast in the sky.

Another observatory from Slovakia soon reported its successful observations, together with many more detections from the original discoverer. When added to the trajectory computation, they pinpointed the location of the impact with a precision of just a few seconds and kilometres: the asteroid was going to enter the upper layers of our atmosphere roughly 140 km South of the Jan Mayen island, at 21:22:42 UTC, less than 2 hours after being discovered. From its observed brightness, the object appeared to be very small, roughly a metre in diameter.

In the few minutes just before impact more observatories obtained detections, including a last set at 21:10 UTC, by our collaborators of the Kleť Observatory. Shortly after the expected time of impact the Minor Planet Center designated the asteroid as 2022 EB5, the fifth known impactor observed in space before hitting our planet, and the first discovered from Europe.

Some cameras on the Norwegian island of Jan Mayen (900 km from the coast of Norway) recorded at least the flash of light from the incoming object. No visual evidence has arrived from Iceland, located roughly 700 km away from the impact point, probably because of to low-altitude clouds.

Nevertheless, there is independent evidence that the impact did in fact occur thanks to the international network of infrasound detectors. Signals from the impact were detected from Iceland and Greenland, suggesting an energy release equivalent to 2 to 3 kt of TNT. This is more than what would have been expected from a metre-sized impactor, and pointed to a likely larger diameter of 3 to 4 metres. The discrepancy is likely the result of the measurement uncertainties in both the optical observations and the infrasound detections. 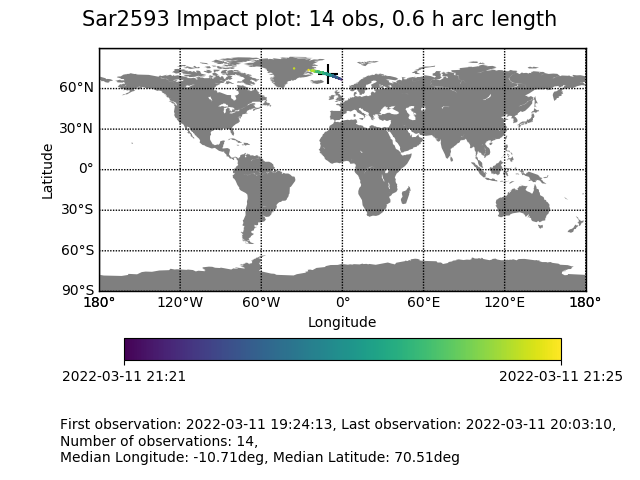 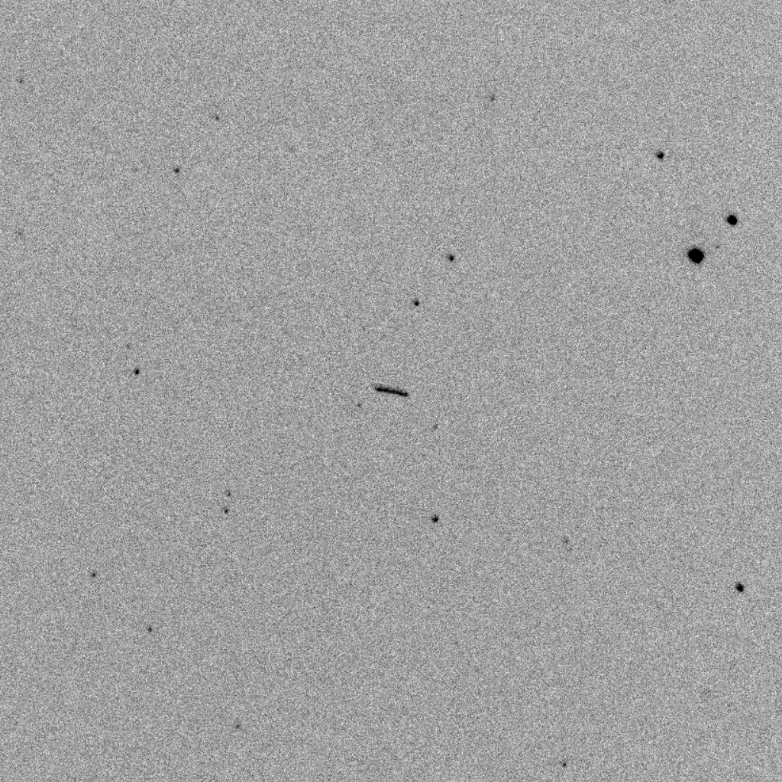