An interesting connection between Earth Observation and NEO monitoring activities has been unveiled through the NEO Coordination Centre participation at the "Big Data From Space" meeting, held at ESRIN from 5 to 7 june 2013 (http://www.congrexprojects.com/2013-events/13c10/programme). 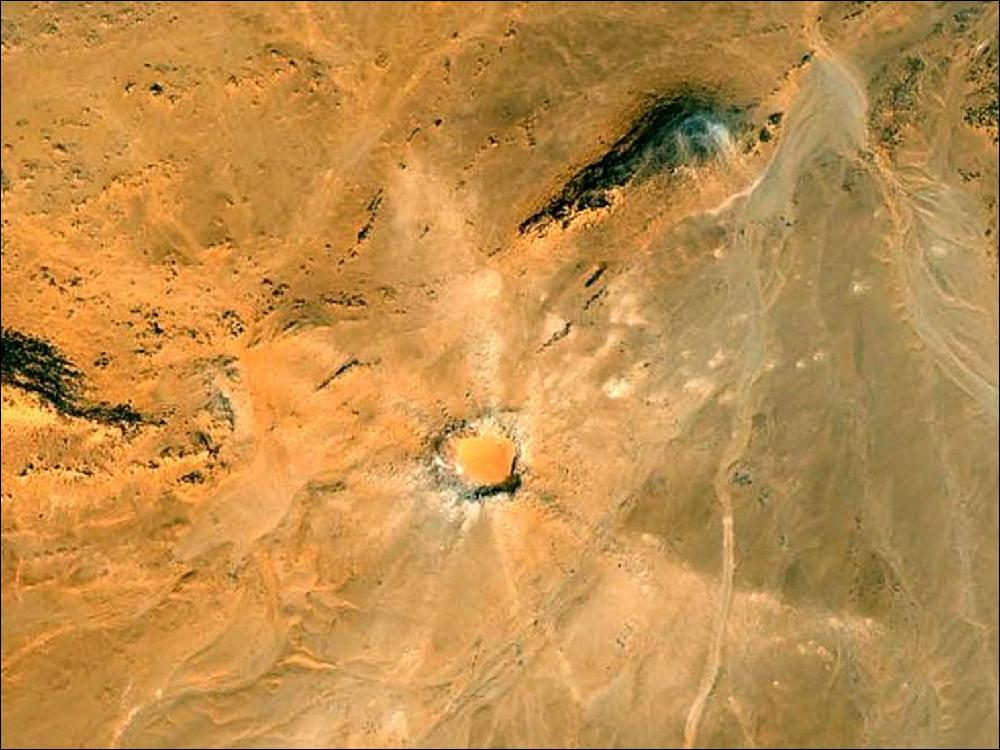 The meeting aims to timely face the challenge of the huge increase in the images flow coming from space which will characterise the next generation of Earth Observation missions. The study case presented by the NEOCC refers to the discovery and characterization of the Kamil crater, a rayed impact crater with 45 m in diameter located in southern Egypt and first identified on Google Earth in 2008.

A geophysical expedition was undertaken in February 2010, which collected several hundred kilograms of nickel-enriched iron meteorites and performed in-situ measurements.

Prior to the expedition extensive analysis of the impact site was performed by both high resolution optical images and by radar acquisitions from the Italian COSMO-SkyMed satellites (on the left - The Kamil crater floor depth is 16 m and is overlain by a 6 m-thick crater-fill material, which is consistent with a crater generated by an iron meteorite 1.3 m in diameter impacting at a velocity between 3 and 4 km/s. QuickBird Image 2009, Courtesy of Telespazio.), allowing detailed geo-morphological analysis of the features surrounding the crater and the search for secondary impacts.

The possibility of setting up an extended survey of small impact craters in inaccessible regions by using multispectral high resolution images appears then an appealing opportunity and a novel application within the "Big Data" initiative.

The utilisation of Earth Observation data for developing and implementing new services at the NEO Coordination Centre and their contribution to operations has been also discussed. The NEOCC presentation can be found here.