A new paper by Alessio Del Vigna and collaborators, published this week in the Astronomy and Astrophysics journal, significantly revised the chances of impact of (410777) 2009 FD.

This asteroid was present in our risk list with a cumulative impact probability of about 1 in 600, mostly due to a possible collision in year 2185.

Additional observations obtained during the 2019 apparition by various observers, including our own team with ESA's OGS telescope, allowed for a better determination of the orbit of (410777), which is now known well enough to directly measure a drift in its trajectory due to the non-gravitational phenomenon known as Yarkovsky effect.

This improved knowledge of the orbit, including its long-term changes due to the Yarkovsky effect, were then taken into account to recompute the future impact possibilities: the chance of a collision in 2185 could be completely ruled out, while only a very low probability of an impact in year 2190 remains. 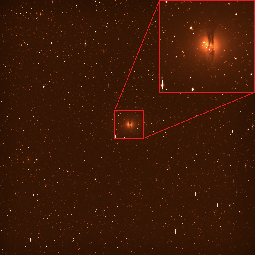