After collecting high-precision radar measurements in March 2001, a potential impact on 16 March 2880 was detected (see this reference). An impact probability as large as 1 in 300 was computed at that time, corresponding to a maximum Palermo Scale of +0.17.

The estimated impact probability was updated several times since then, last time in 2015 when it reached a value of about 1 in 8000, with a Palermo Scale of about -1.4.

After 6 years, and in agreement with JPL’s Sentry and NEODyS, ESA’s NEOCC decided to update the (29075) 1950 DA risk information by performing the risk assessment taking into account all the measurements available until December 2021. The resulting estimated impact probability in 2880 is approximately 1 in 50 000, and the Palermo Scale value is now about -2. 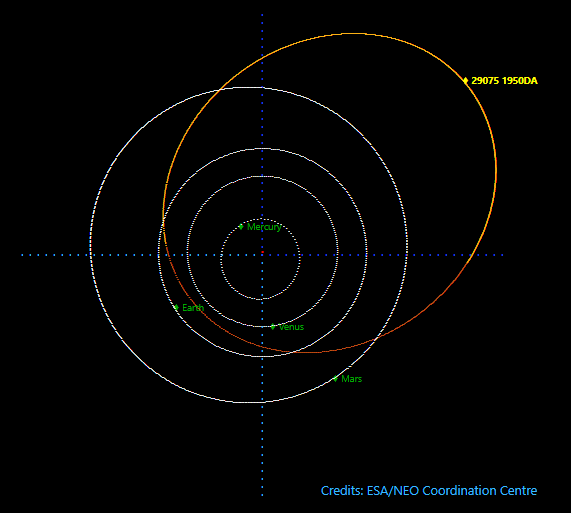