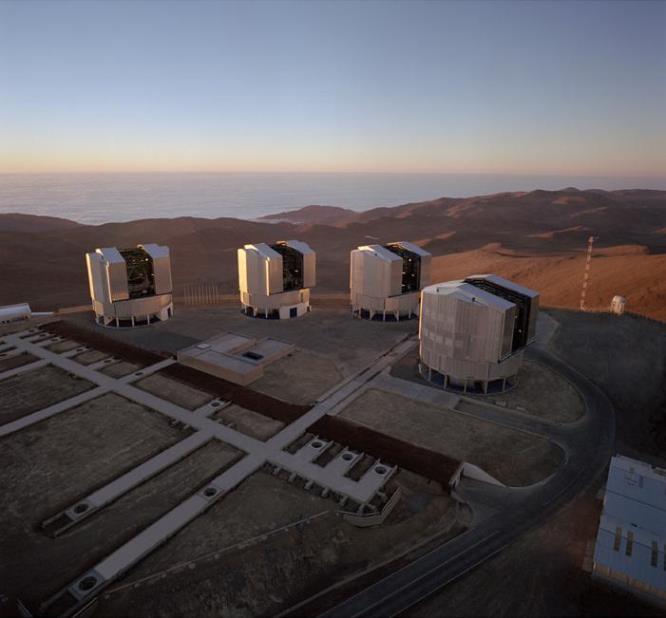 One of the major goals of the ESA NEO Coordination Centre is to focus observations on objects with non-zero impact probabilities. When an asteroid quickly becomes very faint just after discovery and stays that way for decades, the only option is to use telescopes that can see faint objects. It is essential then to be ready to catch a favourable opportunity when the object, although faint, is slightly brighter than average.

This is the case for 2008 LG2, a small asteroid with a diameter of about 30 meters, not much larger than the one that fragmented over Chelyabinsk in 2013. It was discovered in 2008 by the LINEAR survey in New Mexico, USA, during a particularly close fly-by when it reached magnitude 18. But such a good observational opportunity will not happen again at least until year 2056, and by that time the uncertainty in its position would have increased so much that nobody would be able to locate it. On the other hand, it had a non-negligible possibility of impacting our planet between year 2070 and year 2090. Is it possible to do something sooner?
Fortunately, a big 8-meter telescope is theoretically capable of detecting a 30 meter object more or less anywhere in the Earth neighbourhood. We just need to wait for a time when our object is not very far from Earth, and we may be still able to detect it. During the past few months 2008 LG2 got into this favourable geometry, and reached a peak magnitude of 26.6. That's when we successfully observed it with the ESO Very Large Telescope on Cerro Paranal, Chile.

These observations were made possible by a very fruitful collaboration that was established between the ESA NEOCC and the European Southern Observatory (ESO), which allows us to use their 8.2 meter Very Large Telescope (VLT) to chase faint asteroids with impact possibilities. We routinely observe objects as faint as magnitude 26, but the case of 2008 LG2 was exceptional, because it allowed us to push the limits of the telescope below a visual magnitude of 26.5, a threshold that was never surpassed in an NEO observation.
We repeated the same observation on two nights, on 16 June and 7 July 2015, to confirm that the candidate we detected was indeed the correct one, as required for these recovery observations. Although the object was so faint, both observations were successful, the object was identified and its position carefully measured. These data led to a significant improvement in our knowledge of the object's orbit (about 400 times), sufficient to exclude any chance of impact with our planet at least for the next century.