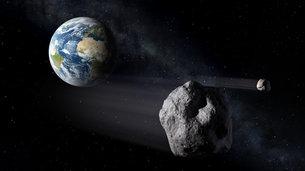 ​​​​​​With a mandate from the UN, ESA and other space agencies from around the world are about to establish a high-level group to help coordinate global response should a threatening asteroid ever be found heading towards Earth.

For the first time, national space agencies from North and South America, Europe, Asia and Africa will establish an expert group aimed at getting the world's space-faring nations on the ‘same page' when it comes to reacting to asteroid threats.
Its task is to coordinate expertise and capabilities for missions aimed at countering asteroids that might one day strike Earth.
Of the more than 600 000 known asteroids in our Solar System, more than 10 000 are classified as near-Earth objects, or NEOs, because their orbits bring them relatively close to our path.

​​​​​Dramatic proof that any of these can strike Earth came on 15 February 2013, when an unknown object thought to be 17–20 m in diameter arrived at 66 000 km/h and exploded high above Chelyabinsk, Russia, with 20–30 times the energy of the Hiroshima atomic bomb.
The resulting shock wave caused widespread damage and injuries, making it the largest known natural object to have entered the atmosphere since the 1908 Tunguska event, which destroyed a remote forest area of Siberia.
Coordinating global efforts
The Space Mission Planning and Advisory Group (SMPAG – pronounced ‘same page') was established by Action Team 14, a technical forum with a mandate from the UN Committee on the Peaceful Uses of Outer Space (UNCOPUOS) to develop a strategy on how to react on a possible asteroid impact threat.
It will coordinate the technological knowhow of agencies to recommend specific efforts related to asteroid threats, including basic research and development, impact mitigation measures and deflection missions. 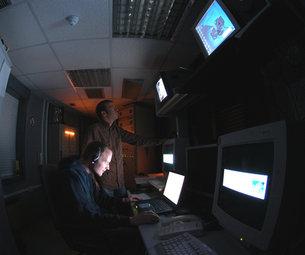 "SMPAG will also develop and refine a set of reference missions that could be individually or cooperatively flown to intercept an asteroid," says Detlef  Koschny, Head of the NEO Segment in ESA's Space Situational Awareness (SSA) programme office.
"These include precursor missions or test and evaluation missions, which we need to fly to prove technology before a real threat arises."
The first-ever meeting will be hosted by ESA on 6–7 February at its operations centre in Darmstadt, Germany.
Thirty-plus representatives from 13 agencies, seven government ministries and the UN will share knowledge and the latest research related to impact case studies, and will develop a work plan for the next two years.
"As a first step, the group will study each agency's organisational and operational capabilities, specific technologies and scientific abilities, and propose options that make best use of who can do what, the best," says Detlef.
The group will work in close cooperation with another Action Team 14-mandated committee: the International Asteroid Warning Network (IAWN).
Each will study and recommend specific actions to deal with different aspects of the asteroid threat – IAWN to coordinate the global search for threatening NEOs, understand their effects in case of a collision, and interface with disaster preparation and civil response agencies; and SMPAG for the technology and space mission aspects.
Current threats, future scenarios

The critical first step is to spot potential threats in the sky with as much advance warning as possible.
"ESA is already doing a great deal to support the global effort to address the asteroid threat," says Nicolas Bobrinsky, ESA's SSA Programme Manager.
The Agency is now developing the capability to integrate Europe's current NEO tracking assets – as well as new technology such as automated, wide-field-of-view telescopes – into a coordinated and more efficient NEO system that can provide nightly sky surveys and advanced warnings.
Among other recent developments, starting in late 2013, ESA will make use of observing time at the European Southern Observatory in Chile to conduct quick and accurate confirmations of the most hazardous NEOs.